Meet Our Diversity, Equity, and Inclusion Advisory Board

The Diversity, Equity, and Inclusion (DEI) Advisory Board guides SPARK’s efforts to increase representation of communities of color in autism research. It is a diverse group of scientists, clinicians, and community leaders who provide guidance on strategies to build partnerships, increase awareness, and promote participation in research among underrepresented racial and ethnic communities.

Initially, the DEI Advisory Board will focus on the Black and African American community. SPARK will use their input and experience to inform future efforts for outreach and engagement of all groups traditionally underrepresented in research.

Learn more about SPARK’s  commitment to diversity, equity, and inclusion. 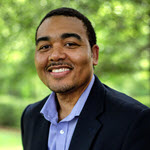 Brian Boyd, Ph.D., is director of the Juniper Gardens Children’s Project, a position he has held since 2018. He is only the third director of the influential research group in its 53-year history. Prior, he was the associate professor of occupational science and associate chair for research of the Department of Allied Health Sciences at the University of North Carolina at Chapel Hill.

Dr. Boyd was previously a fellow and investigator at the Frank Porter Graham Child Development Institute at University of North Carolina at Chapel Hill. He has been the principal or co-principal investigator of several grants funded by the National Institutes of Health and Institute of Education Sciences to develop and evaluate outcome measures as well as focused intervention practices and comprehensive treatment models for young children with autism. 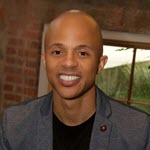 Brace Clement has embraced a life of service and duty in ways few others have. From his recent life as a stay-at-home parent supporting his spouse and caring for his child, to serving at Starbucks Coffee Company as a finance partner, to serving as the Director of the Cook County Veterans Assistance Commission in Chicago, Illinois, to serving as administrator of a public-private technology fund incubator in Illinois, to building a service-learning center in the south suburbs of Chicago for his alma mater, to serving in the United States Marine Corps during Operation Iraqi Freedom. Brace has been a model of service to many.

Brace serves on the Board of the Chicagoland Area Runners Association (CARA), a nearly 50-year-old organization advocating and promoting the inclusion and diversity of running across the greater Chicagoland area. While living in Seattle, Washington, Mr. Clement was a member of the Community Building Committee for the United Way of King County, a Board member of the Seattle Chapter of Communities in Schools, and was a board member and treasurer for the Seattle chapter of the University of Wisconsin Alumni Association. Brace also led Starbucks Black Partner Network ERG, which brings together people with shared identities and experiences, along with collaborators, to promote a culture of inclusion and contribute to the success of its partners and business. Brace was the keynote speaker for Prairie State College in 2017 and is a member of Kappa Alpha Psi Fraternity, Inc., a 110-year-old fraternity promoting the spiritual, social, intellectual, and moral welfare of its members through service and achievement.

Currently, Mr. Clement is a full-time graduate student at the McCourt School of Public Policy at Georgetown University, where he is a Master in Policy Management candidate. 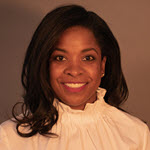 Jamitha Fields serves as the Vice President of Diversity, Inclusion, and Engagement for The Paley Center for Media. She is responsible for the development and execution of the company’s diversity, inclusion and engagement strategy. She works collaboratively across the company to create and drive inclusive practices that support Paley’s business objectives. Additionally, she develops and maintains close working relationships with the organization’s board members and other organizations and individuals to drive engagement, participation, and support of Paley’s key programs and initiatives. For over 20 years, she has focused on strategic relationships for optimal organizational growth.

As the former Vice President of Community Affairs for Autism Speaks, Jamitha managed the organization’s most critical relationships with businesses, top volunteers, individual donors, influencers, and external foundations to expand the organization’s portfolio. As a media-trained spokesperson and ambassador for Autism Speaks, Jamitha testified before a Congressional panel for the House of Appropriations Committee (March 2014), recorded a regional TV commercial with a regional corporate partner in March 2015, gave keynote speeches, and spoke at local walks across the country. She also oversaw the promotion of Autism Speaks’ Early Access to Care program that sought to increase access to high-quality early intervention for children of color on the autism spectrum, which garnered her an award from the Autism Multicultural Project in June of 2014.

She joined Autism Speaks in 2007 as the Special Projects Manager to the Co-Founders, Suzanne and Bob Wright. In less than a year, she was promoted to Managing Director where her leadership and contributions laid the framework for the then start-up organization that had raised autism awareness 50 percent among parents of young children and more than 525 million dollars, largely for science and medical research. She led the successful implementation of a number of organization-wide projects with the most notable being the global Light It Up Blue campaign, which is celebrated annually in over 130 countries. 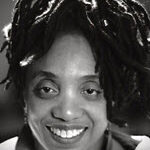 Kim D. Kaiser is the biological parent and foster parent of two teenagers, both on the autism spectrum, and has 36 years of experience working within disability, child welfare, crisis response, behavioral health, legislative, and community-based arenas. Kim currently serves as Director of Programming at The Color of Autism Foundation, the Regional Parent Advisor for Community and Systems Engagement at Families Together in New York State, and is a consultant for the Building Bridges Initiative. For the last 15 years, Kim has worked to foster efficacy and build equity within Black/Brown communities impacted by autism and fights for cultural adaptations to therapeutic modalities and practice-based autism research. Kim has received a commendation from New York’s Bronx Family Court for exemplary advocacy and was named New York State Advocate of the Year in 2019. 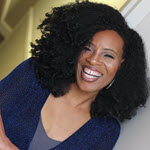 Theresa Noye is the author of the award-winning best seller Hello Autism and the Founder of the Personal Power Academy. For years, she lived in self-sabotage mode, feigned a happy life and felt trapped in the lifeless cycle. When her son was diagnosed with autism, she took off her mask and sparked her divine power to create an authentic life of endless possibilities. Today she helps women leaders who feel disconnected from their success experience more joy, alignment and fulfillment in their life through her Divine Enrichment Method.

Theresa is an ordained minister, worship leader, prayer guide and higher education professional. She has been a spiritual coach for over 25 years, leading women in faith communities, higher education and the autism community.

Morénike Giwa Onaiwu, Ph.D., is an educator, writer, public speaker, parent, and global advocate whose work focuses on meaningful community involvement and leadership, disability, racial, and gender equity, dismantling stigma, and inclusion and empowerment. Often drawing from a personal background as a person of color in a neurodiverse and serodifferent family, a late-diagnosed adult on the autism spectrum, and relevant educational and professional experience, Morénike is a highly sought-after presenter, consultant, and subject matter expert.

Morénike has been an invited speaker in the White House, at the United Nations Headquarters, a keynote speaker and/or presenter at numerous conferences, and provides diversity, research, and disability consulting to several organizations. Morénike, who is currently a Humanities Scholar at Rice University and a doctoral candidate in education, has been published by Beacon Press and Palgrave MacMillan and will release an edited collection on neurodiversity in the Black community in 2022 with Jessica Kingsley Publishing. 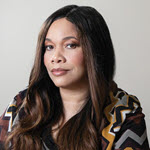 Camille Proctor is the mother of a teen son and adult daughter. In 2008, shortly after her son’s second birthday, he was diagnosed with autism spectrum disorder. As she searched for support services for her family, she soon realized there was a disparity in the black community. In 2009, she founded The Color of Autism Foundation to provide support for African American families with children on the autism spectrum. The Color of Autism Foundation is a 501 (c) (3), which is United States nonprofit organization. It is committed to educating and assisting African American families affected by autism spectrum disorders. Their goal is to help families identify the warning signs of autism early on, so they can become their child’s best advocate. They provide culturally competent support and training, which leads to better outcomes for children on the autism spectrum in underserved communities.

She has served as a diversity and inclusion advisor for both television and film. Camille is a board member of the Behavioral Intervention Certification Council (BICC), where she serves as secretary. BICC is an independent and autonomous governing body for the Board-Certified Autism Technician (BCAT) & Board-Certified Autism Professional (BCAP) certification programs.

Olajide Williams, M.D., is a Professor and Chief of Staff of the Department of Neurology at the Columbia University Vagelos College of Physicians and Surgeons. A specialist in the treatment of stroke and cerebrovascular diseases, Dr. Williams is also an attending physician at New York-Presbyterian Hospital and a clinical neurologist at Columbia University Irving Medical Center. He attained his medical degree from the University of Lagos, Nigeria, and completed his neurology residency and neuromuscular fellowship training at The Neurological Institute of New York. Dr. Williams also holds a Master of Science degree from the Columbia University Mailman School of Public Health.

Dr. Williams is a world-renowned leader in stroke disparities and community-based behavioral intervention research. He is the founder and chair of Hip-Hop Public Health, an internationally recognized organization that creates and implements multimedia public health interventions that target and engage young people in the health of their families and communities. He is a principal investigator of multiple NIH investigator-initiated awards, including a Center for Stroke Disparities Solutions in New York.

An influential clinician-educator, Dr. Williams is a member of the Vagelos College of Physicians and Surgeons (VP&S) Virginia Apgar Academy of Medical Educators, and an inaugural member of the VP&S Academy of Community and Public Service. Dr. Williams is co-director of the Columbia Wellness Center, where he leads pioneering initiatives including the Community Health Worker Stroke Prevention program and the Tailored Approaches to Stroke Health Education research program.

Dr. Williams has published numerous scholarly articles and received many prestigious international, national, and regional awards, such as the European Stroke Research Foundation Investigator of the Year award, two-time Columbia University Outstanding Teacher of the Year award for the Major Clinical Year, American Heart Association’s Trailblazer Award, and a National Humanism in Medicine award from the Association of American Medical Colleges. Dr. Williams has been named on Fast Company Magazine’s 100 Most Creative People list, Root 100’s most influential Blacks in America list, and New York Magazine’s Best Doctors list. He sits on several nonprofit boards including the Board of Directors for the Partnership for a Healthier America, whose honorary chair is former First Lady Michelle Obama.

We care about your data, and we'd like to use cookies to give you a smooth browsing experience. Please agree and read more about our privacy policy.AGREE